A downloadable game for Windows

4. ACHIEVE ONE OF TWO ENDINGS

"He knew that he would regret in the morning but at present he was glad of the rest, glad of the dark stupor that would cover up his folly. He leaned his elbows on the table and rested his head between his hands, counting the beats of his temples. The cabin door opened and he saw the Hungarian standing in a shaft of grey light:

- James Joyce, "After the Race"

What a strange time it is, the dawn: too late to be lively, too early to be dead. When sordid silhouettes play Bach with their bodies—in nightclubs, in cafe windows. The time when they interweave then retire, and at last return to their rooms on the cusp of a dream. And yes,  what a splendid dream it will be: a mixing of bodies with souls bleeding boldly, and minds boldly bleeding out stories unfolding.

Yes, yes yes: this is a game about a city at dawn where nothing has quite made sense for at least six hours, or maybe six-thousand years. It's a little world that you can visit when you desperately need to make friends with the devil. It's a shopping mall riot and night in the woods, a magic circle and an electrical fire. It's PAGAN.

The game is quite short, and once you interact with the final object (trust me, you'll know which one it is) it will end quite abruptly. Make sure you're ready to finish playing—and satisfied that you'll get the ending you want—before you do so. Usually, it's the case that you can end the game quite a while before you've seen everything in it. It's up to you to decide when you feel that you're done.

Many thanks, and enjoy the devilCity,

(P.S. if you, for some strange reason, are interested in seeing my films/music/other-garbage, you can find it on https://oleandergarden.neocities.org/)

Assets used under C.C. 3.0 from users "ayyashi", "s. throop", "Blender 3D", "Azerilo", "3dhdscan", "Dennis Loginovsky", and "Cosmo Wenman" on Sketchfab, and user "p0ss" on open game art. All other assets under CC0, public domain in Canada, used under license, or my own work.

I enjoyed the weird fever dream. I *think* I got both endings but it was hard to tell what the title of the second ending was.

'entirely pleasant nightmare' is right! ive never felt so unnerved [my best comparison is when you accidentally touch seaweed while wading in the ocean but also the seaweed is mumbling vague threats] by a game. but when i reached the ending [the disclosive end specifically] and started reading, paired w the classical music, it was like id been led to this like, comfortable pocket dimension within the game. i think itll take me another playthrough or two and some time to really chew on the themes of the game to fully appreciate/understand it, but this is definitely a hidden gem ill be recommending to all my friends

Hello! I'd really love to check out this game, but when I boot it I just get the unity logo and then a blank screen with wind blowing noises :( Do you know if there's a fix for this?

Is this supposed to be a game about how humanity's sophisticated nature brings it anguish and makes it miserable and pretensious, drawing evil and self-destruction through idle lifestyle?

welp, wtf lol was a confusing but held my atenttion soooo go it

Ok. I don't know what you have done to me, but you have me intrigued. I now want to know more about your inspirations & ideas behind the game. I am very pleased I came across your game because I enjoy playing things that are different. This is very surreal & I urge anyone looking at this page right now to download & play for yourself.

Reply
Neco The Sergal3 years ago

I was both intrigued and confused at the same time on what the game was, but I played it non the less. Here's my video on the game if you want to see.

I enjoyed it, not sure what it was but I enjoyed it, thanks for making it available for us to play! I did a video of my play thru, i hope you don't mind! 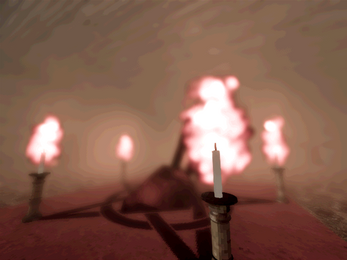 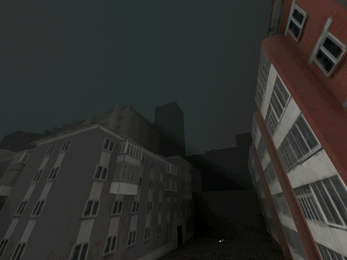 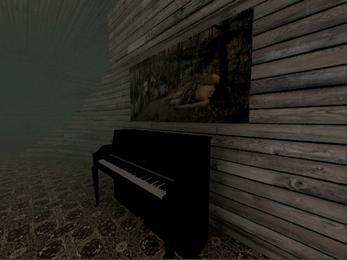