A downloadable nightmare realm for Windows

A thousand worlds surround our own, composed of bits and bytes. When they die, where do they go; what secrets do they hide?

Stumble ye, wayfarer, through the wreckage of a dead MMO.

PAGAN: Autogeny is an experimental first person open world role playing game set in the digital ruins of a largely abandoned MMORPG. It is heavily inspired by long-forgotten bargain-bin 1990s adventure games, and by a general ethos of user-hostile design. Features include:

PAGAN: Autogeny is an exercise in aesthetic maximalism — In other words, it's pretty big, at least by normal altGame standards. A full adventure will take several hours, but you can return to spawn at any point to save and exit. The game also autosaves when passing through doors, in case you have to run off in a hurry.

In order to download this nightmare realm you must purchase it at or above the minimum price of $6.66 USD. You will get access to the following files:

Love the atmosphere so far, game froze when I got to the factory though.  Could still hear it and the cursor changed when I switch to my items menu, but the screen stayed frozen in place so had to close.  Will try again another day!

Oh dear! It should have saved as you went through the door, so hopefully you haven't lost much progress. Might want to give the 64 bit version a try; it seems to solve crashing issues.

Any chance of a mac release?

Goddamn I love this game, but I'm having trouble figuring out what all the tarot cards do! This game rules, it's probably the best of the crop of early-3D graphics reminiscent games that have come up in recent years. I can't wait to see what you follow this up with!

ALSO HOW DO I BEAT THE SCARAB BOSS??

Check the install folder for the manual; that should help! <3

It's just struck me that I'm yet to leave a comment here. Well. Let me fix that.

PAGAN: Autogeny is undoubtedly my favourite game of 2019. Many one-developer games fail as they are either too ambitious, or too safe. Autogeny, as well as the two other PAGAN games, are exceptions to this. These games are the result of genuine passion and artistry; Oleander Garden utilises every aspect of the games - audio, gameplay, narrative, graphics etc. - to create a wonderfully focussed and thought-provoking experience.

I didn't expect much going into Autogeny - there had been no significant publicity for it and the description was quite vague - and I am so glad that this was the case. Unravelling the story and meaning of the series has been one of the most fulfilling experiences I've had in my two decades of gaming. On top of this, it exposed me to a world view that I had not really considered before. I won't say what that is - I fully recommend that whoever reads this buys and plays the game for themselves. It may be confusing at times, and you may have to look for help online, but that's all part of this game's charm.

"Games as art" is not as much of a controversial subject as it once was, but people still misuse the idea. Many think that pure aesthetic, narrative, or tactile quality is what makes games art - but that doesn't cover the most important elements: meaning, structure, and intent.

PAGAN isn't the best looking series out there, but it's not meant to be. It doesn't have the most dramatic or emotional story - hell, at times it feels like there is no story - but its one that will stick with you once you understand it. It certainly doesn't have the most satisfying gameplay, but that works in its favour. PAGAN is everything PAGAN needs to be, and I'd never have it any other way.

Do yourself a favour - buy this game. Play Technopolis and Emporium. Write your own theories. Realise what games can be.

"A thousand worlds surround our own, composed of bits and bytes. When they die, where do they go; what secrets do they hide?

Stumble ye, wayfarer, through the wreckage of a dead MMO."

hey! absolutely love this game & have already found the "first" ending! problem is, i messed up my game and i don't know how to delete the save. is there any chance you'd know?

Oh, wild? How'd you manage that? If things are just 'strange' or you get a message telling you to reboot / not to reboot, that's intentional!

Otherwise, if you're comfortable using reg edit, you can manually reset your save:

2. Delete every value except "Default"

3. Save, and restart the game

There's possibly a loading bug while driving the car. I alt-tabbed while in windowed mode and the car never stopped. (Also great game)

this might be because of the stage of the game. if you're in the end game segment, the care will continue to go on forever. this seems to be intended

Hello! This game has a fascinating coherency to it and I'm really enjoying it. I did have a question, I've killed the scarab lord a few times without them ever dropping a card, is that a bug or am I just failing to fill a condition?

Hmm, I've had one other person report this bug, and can't figure out what to make of it; I can't replicate it, and 99% of players don't seem to run into it either.  Sorry! I'll keep looking  into the issue. In the mean time, if you're comfortable using reg edit, you can manually edit the card into your inventory:

2. Edit the inventory value, adding the string "tarot19" between two adjacent commas (this value is just a list of items by name, separated by commas, so it's hopefully not as opaque as it sounds

3. Save, and restart the game

Hope that works for you! Apologies for the inconvenience—this is proving a very strange bug to track down.

I'll use regedit, thank you! Good luck tracking the tricky bastard down.

i also encountered this issue tonight during my playthrough, unfortunately. i have a VOD here where it happens at ~54:45

have you had any luck with figuring out a possible fix?

This seems to be a 1/100 players sort of bug. I have no idea what causes it, and can't seem to reproduce it; as far as I can tell, it's a problem with the way this version of unity runs on particular systems.

I think editing the card into your inventory manually (following the above instructions) is your best bet for now. If I still can't locate the bug, I might make a patcher that adds the card to your inventory while I'm putting together a demo for IGF. It would just do the same thing as a manual inventory edit, though.

Sincere apologies for the inconvenience—hate to be one of those "here's an arcane registry hack to fix your issue" devs.

I appreciate the tip and hope it works out! Loving the experience otherwise, thanks for making this game

I love and am obsessed with this game and the PAGAN series. Still trying to figure out that secret ending ;( I'll be looking out for your future projects!

totally excellent game. anywhere i can get the music?

Thanks! Desert theme is from here, used under CC - By Attribution. The only other music is the intro/portrait theme, which is J.S. Bach's /Komm, süßer Tod/ played on synthesizers at double speed, which I posted here.

Reply
My name is DD gdi199 days ago

Reply
no coinz222 days ago

You should bring this bad boy to steam.

Bring this to Linux!

This is freaking me out. Kudos!

Is it too soon to ask for a little light hinting for, say, Tarot 0? Maybe an area I should devote more time to or a card combo I should experiment with? Or is it the early 90s all over again where I just have to hope a kid at school figured it out ;)

Might want to look around and see who's conspicuously left standing once the martyr roams free - they ought to have a hint for you :)

Alt. wait for it to show up on GameFaqs in 3 years, for authentic 90s vibes.

Reply
That Dang Phil230 days ago

Well, I've now humped every wall in Plaza96 about 26 times! I have so far found a factory with no collision and that's about it. I feel bad that the Martyr has to watch this

idk if it's just me but this doesn't seem to cooperate with the itch.io desktop app, I don't get the 'install' button.

not a huge deal though, I'm super excited to play it!!!

I'll look into this - thanks!

Reply
That Dang Phil236 days ago

The final ending is even harder to find, if you're ever inclined to revisit the game.

Reply
That Dang Phil236 days ago

I love this game by the way. It's like playing nightmares I've had since I was a kid. Thanks for making it 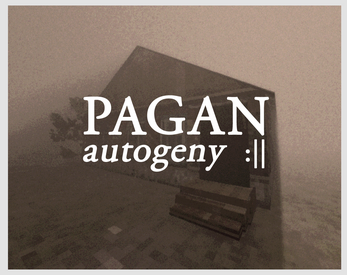 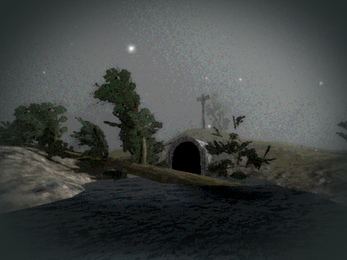 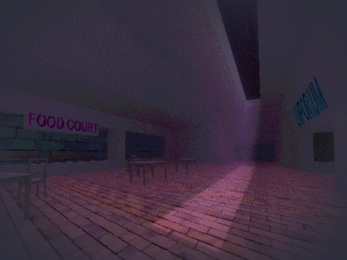 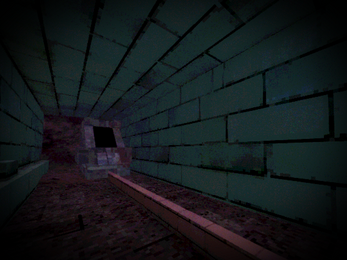