A downloadable nightmare city for Windows

Crash back to the world as the servers go dark; a solitude season now ends with a start. Cryptic connections, dreadful deceptions — HEXCRAFT: Harlequin Fair.

Harlequin Fair is an experimental RPG and immersive sim set in the mooncast shadows of Toronto by night. Follow the footsteps of those who've gone before, digging through every nook and cranny of this ever-changing dynamic world as you try to escape from your baleful masquerade. Watch zones shift and develop as a motley cast of characters procedurally pursue their own thoughts, feelings, and goals. Featuring an extraordinary level of reactivity, Harlequin Fair blurs the line between simulation and role playing game. Cast dreadful spells, buy small arms with cash: cling to the light 'til the light bites you back.

Masquerade players despise revealing light, yet likewise loathe to linger always lonely: so come and dance in foredawn dark, and dream the world to come.

In order to download this nightmare city you must purchase it at or above the minimum price of $13 USD. You will get access to the following files:

Extremely interesting game, as expected.  I can't wait to play more of it, but the frequent hitching is making it pretty painful.  Is this normal, or just me?  Example here: https://imgur.com/a/phfxhhD

Huh, never seen that before. Thanks for taking the time to make a GIF, I'll look into it for you. If you don't mind me asking, what's your hardware like? (CPU and RAM are probably the most relevant things, in this case)

Pretty alright, bit esoteric. Lots of QoL missing. Being booted to main menu on saving and interacting with inventory are my biggest ones. Got the Sweet Dream ending, not sure how many, or how I would even go about getting others as i felt I looked around quiet a bit.

Just beat it! I wonder if I might be the very first lol

I think I got a bad ending, though; I won't spoil it but it ended with the word "headcrash."

To those stuck, a few general tips;

1) Starting fights you're not involved in is a great way to get early gear. A simple way to do this is to lure enemies towards cops or armed NPCs; the gunshot might start a fight, or the enemy might kill the NPC. Just make sure to stand clear of any grenades.

2) The best way to get money is robbing cash registers, for $50 a pop. If nobody with a gun sees you, it's perfectly safe, too--and aggro cops/afraid shopkeepers reset when you leave and come back.

3) Speed is important! Speed lets you avoid damage, get out of fights, and honestly just improves your quality of life. Also, coffee is cheap, gives +2 speed with no drawbacks, and stacks infinitely.

4) Consumables can help a lot in the early game, though I didn't bother much by the late game. Not that they're less good, just sort of a hassle. Experiment!

5) Your initial goal is to get the four Ace tarot cards--I believe these spawn in the world initially, but they'll quickly get picked up by your rivals. Once you're geared up, hunt them down and take them for yourself. From there, explore and the next steps will become clear.

6) The shotgun is not actually better than the pistols. I would argue it's quite a bit worse actually.

intimidatingly large and strange. not sure if i can get through the whole game (kept getting killed in the last one lol) but it feels amazing and it makes me want to keep trying 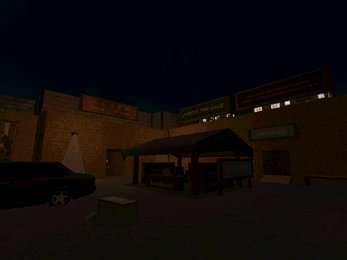 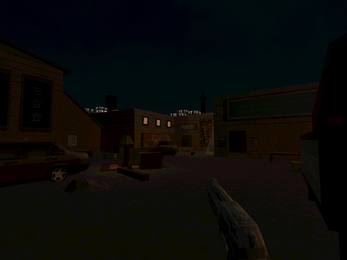 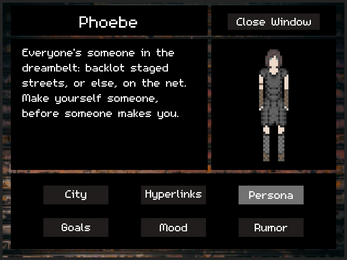 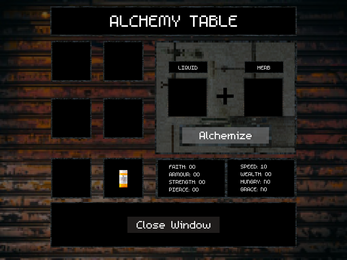